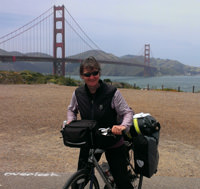 Helmsdale Hostel was purchased from the Scottish Youth Hostels Association [SYHA] in January 2006, by Irene Drummond, who had previously worked as a SYHA Warden in the former John O’Groats and Stromness Youth Hostels. Having first-hand experience of running a hostel, Irene was committed to keeping Helmsdale Hostel [an iconic overnight stop on the Lands's End to John O’Groats route] on the map.  Following extensive refurbishment in 2006, Helmsdale Hostel was transformed from a 1-star bothy to a 4-star hostel. Similarly in 2018, a sympathetic approach to renovations was implemented in efforts to retain the character of the former school gymnasium building. As such, Helmsdale Hostel continues to provide great value accommodation in the far north east coast of Scotland.

We use cookies to ensure that we give you the best experience on our website. If you continue to use this site we will assume that you are happy with it.OkRead more